For over 65 years we have been moving ideas, people and information with passion and competence, respecting the environment and the social and cultural context of the territory, always putting ourselves at the service of the traveler and his safety. And we want to continue to do so in the future.

Our mission is therefore to guarantee customers the best driving experience, building safe roads and continuously investing in technology for mobility.

However, our commitment is not limited to the management aspect of the infrastructure but also wants to support and promote a culture of road safety that reaches all of our travelers and beyond. For this reason we collaborate with work groups formed by road safety protagonists and we carry out awareness campaigns designed for all ages.

The Blackout is a communication campaign promoted by A4 Holding to raise awareness of the risk involved in alcohol and other drugs when driving.

Safety is undoubtedly the most important feature of the quality service provided to customers. To this end, our Company uses its experience and professional approach, together with suitable technology, to manage the main structural indicators.

In A4 our operational methodology has some strengths such as the strict application of international best practices, the constant monitoring of infrastructural plants and resources, the proactive management of maintenance needs, the constant technological investment to support road safety.

It is also essential for the Company to share its primary commitment to safety. Customers contribute to the quality of service provided and to the level of safety on the motorway by strictly complying with the Highway Code, driving in a responsible way that is appropriate to the level of traffic and road conditions.

The Company has implemented surfaces that allow water to drain away and for noise to be absorbed. These surfaces also improve visibility and reduce the phenomenon of aquaplaning at the same time as limiting the amount of noise heard both inside and outside the vehicles. The Company regularly inspects road surfaces in order to check their level of wear and tear and to carry out any necessary maintenance works.

Suitable safety barriers reduce the risk of vehicles switching lanes or flipping over and provide protection against the glare of oncoming headlights.

Some time ago, the Company installed triple-wave guardrails along the central reservation of its stretch of the A4 motorway, which are able to absorb even the most violent collisions by changing their shape.

This type of solution is considered to be the most effective and is less dangerous than the previous central reservations made from cement (New Jersey). They are also more environmentally friendly.

This solution has also been planned for the stretch of the A31 motorway, replacing the current double-wave guardrails.

Lay-bys help to improve safety on the motorway by providing a suitable space for vehicles to pull over in case of an emergency. Along our stretch of the A4 motorway and the A31 motorway, which starts from the Milan-Venice interconnection and heads south, the Company has implemented lay-bys approximately every 500 m, and ensures that they remain clean. 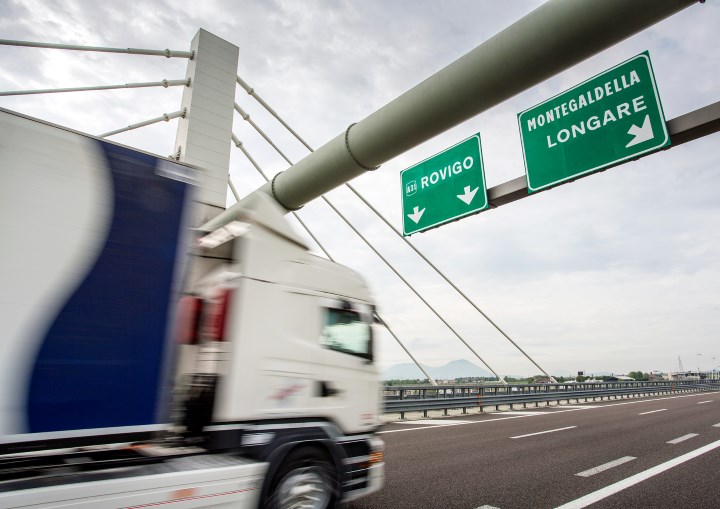 In accordance with the Highway Code, appropriate vertical and horizontal road signs are necessary in order for traffic to circulate correctly.

Appropriate road signs are provided throughout the stretches of motorway falling under our responsibility. Furthermore, in order to alert drivers to the fact that they are heading towards the hard shoulder, the right hand side of the carriageway has a reflective rumble strip.

The condition of road signs is monitored on a regular basis and they are replaced and/or updated as necessary.

By using appropriate equipment, the Company regularly inspects the stability and functionality of the support structures falling under its responsibility.

Based on the results of these inspections, any necessary ordinary/extraordinary maintenance work is planned.

In addition to constant monitoring, timely maintenance work and restoring the main elements of its infrastructure (road surfaces, safety barriers, vertical and horizontal road signs, etc.), the Company also plans a series of minor interventions which also contribute to maintaining the efficiency of its road network.

To improve drivers’ safety and avoid the phenomenon of aquaplaning and puddles of rain water forming, the drainage channels and pipelines that collect and move water are regularly cleaned and emptied.

Fencing is regularly inspected and promptly replaced if it becomes damaged.

During the spring-autumn period, verges and embankments are mowed and precious trees are cared for. These interventions, as with the regular cleaning of lay-bys and the hard shoulder, also involve waste collection.

In winter maintenance work is quite different and includes a series of winter operations carried out each year by the Company between November and March.

During this season, preventive anti-icing operations are carried out whenever necessary depending on weather conditions and/or weather forecasts. These preventive measures are normally carried out in the evening when there is less traffic.

In case of snow, the Company is able to quickly deploy a fleet of gritters and snowploughs which immediately clean the carriageway.

On the Sirmione - Sommacampagna, Soave - Montebello and Grisignano - Padova Est stretches of motorway, along both carriageways, the Company has implemented an automatic system called “Companion”, covering a total of 48km. This system uses “illuminated markers” to alert drivers of any upcoming hazards, which are activated by radar devices, fog detectors or by the operations centre.

Through flashing lights, this system keeps drivers alert and automatically and dynamically adapts to the development of events that may create a hazard.

The Company has installed variable message signs along access roads, near to entry barriers, in order to notify customers of traffic conditions before they join the motorway; other information is also provided using electronic boards on the lanes at the entry barriers. 45 variable message signs are installed along the motorway, on average every 9 km, providing drivers with all kinds of information. These signs are positioned a few kilometres before the exit barriers and/or motorway junctions to allow drivers to decide whether to leave the motorway or not based on the information received. The signs report two pictograms that indicate the cause or type of event and the effects on traffic, and a written message indicating the stretch of motorway affected and/or other useful information identifying the cause or effects of the issue. 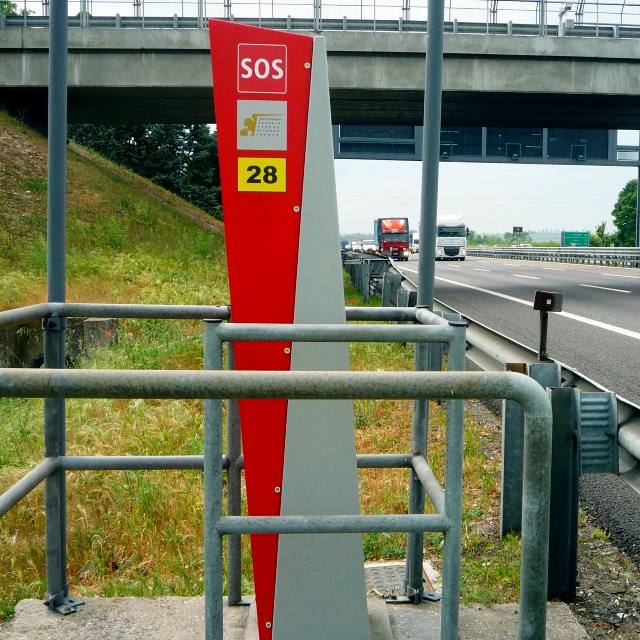 The new S.O.S. stations are situated every 2 km; they are equipped with instructions in different languages and allow road users to speak with an operator at the Operations Centre. The operator can see the caller through the video camera on the control panel and can also send messages to the display in a number of languages. The emergency buttons can be used to request the breakdown service or medical assistance. To make it easier to use the stations at night, a movement sensor activates the backlighting of the buttons and display.

In agreement with the Department of Public Safety at the (Italian) Ministry of the Interior, the Company has installed a system to monitor the average speed of vehicles, commonly known as “TUTOR”, along some sections of its motorway:

In the direction of Venice:

In the direction of Milan:

This system is managed directly by the Traffic Police. In accordance with applicable legislation, dedicated signs have been installed to inform road users of this system at the beginning of the aforementioned stretches.